Michigan Progressive Health is dedicated to providing the best ketamine experience possible for your patient.  As a founding board member and current Vice President of the American Society of Ketamine Physicians, Psychotherapists and Practitioners (ASKP), Dr. Megan Oxley is up to date on the most current practice of ketamine therapy for mood disorders and pain conditions.  An emergency physician by training, Dr. Oxley is highly experienced in both administration of IV ketamine and psychiatric diagnoses and crisis. Having performed over 3,000 infusions, Dr. Oxley is well versed on ketamine effects both medically and psychiatrically.

The entire staff at MPH is trained to treat our patients with the utmost respect and compassion and our goal is to work with you to help your patient get well.

Feel free to reach out to Dr. Oxley via phone or email, or fill out the new patient referral form below. 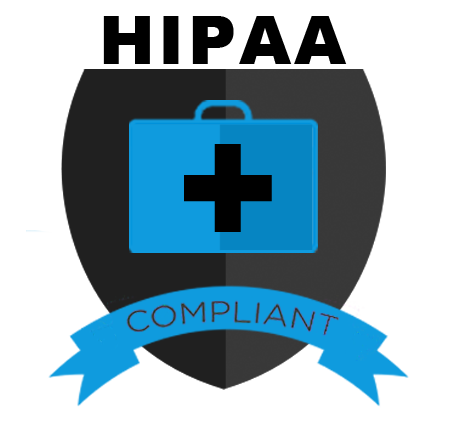 Please Fill Out Our

SUMMARY: In this article, there were 24 patients treated with six IV infusions of ketamine (.5mg/kg) over 12 days. The overall response rate was 71% as defined as a reduction in the MADRS scale by greater than 50%. The median time to relapse after the last ketamine infusion was 18 days. 25% were symptom free at 90 days, 75% of patients had symptoms free days between 11-27 days. Side effects were reported to be a mild significant increase in dissociative symptoms. One patient had to discontinue therapy due to an increase in blood pressure that did not respond to medications (highest BP 180/115).

SUMMARY: In this article, there were 14 patients treated with six IV infusions during a 12 day period. 12 subjects finished all six infusions with 92% response rate and 66% went into remission. 5 out of 11 responders remained in “response status” during the next 28 days. For the 6 out of 11 responders that relapsed, the mean time was 16 days. Response was defined as ≥50% improvement in baseline MADRS score and remission was defined as MADRS score ≤9. No subject experienced severe dissociative symptoms or hemodynamic changes that required stopping the infusions.

SUMMARY: This review and consensus statement provides a general overview of the data on the use of ketamine for the treatment of mood disorders and highlights the limitations of the existing knowledge. The suggestions provided are intended to facilitate clinical decision making and encourage an evidence-based approach to using ketamine in the treatment of psychiatric disorders considering the limited information that is currently available. This article provides information on potentially important issues related

SUMMARY: This article reviewed 33 cases of patients with CRPS that were treated with Ketamine infusion. The patients received a prolonged low dose infusion of ketamine, on average 10-20mg/hr over 2-4 days. 76% of patients experienced complete pain relief after the first course of treatment. Pain relief lasted at least three months for most patients. Adding a second course of treatment allowed over 50% to be pain free for over a year. One patient had to discontinue additional treatments after the first infusion after developing elevated liver enzymes. These did normalize after treatment was stopped.

Ketamine and Chronic Pain Syndromes (Headache, CRPS and back pain)

SUMMARY: In this double blind, placebo-controlled cross over study, a single dose of Ketamine (.5mg/kg over 40 minutes) was compared to midazolam. Authors note a significant immediate reduction in the CAPS score and frequently this reduction was maintained for over 2 weeks. The only side effects noted were transient dissociative symptoms, none of which required stopping the infusion.

Does oral administration of ketamine accelerate response to treatment in major depressive disorder?

SUMMARY:  In this study 81 patients were randomized to two groups.  150mg of sertraline plus 50mg of daily oral ketamine and 150mg of sertraline and placebo.  The oral ketamine cohort had a statistically significant mood improvement (85.4%) as compared to the placebo group (42.5%) as measured by HADRS at 2,4 and 6 weeks.  For both groups, side effects were mild and the frequency was the same between groups. No patients developed abuse of dependence to ketamine.

Impact of oral ketamine augmentation on hospital admissions in treatment-resistant depression and PTSD: a retrospective study

SUMMARY:  In this study, 37 patients with TRD (15 of whom had PTSD as their primary diagnosis) were given oral ketamine twice a week.  Doses started at .5mg/kg orally and were titrated to effect. After initiation of ketamine therapy, the participants had a 70% reduction in hospital admissions.  The average dose was ultimately 2.0mg/kg twice a week. There was no evidence of tolerance. No serious adverse events were recorded among patients. The most common side effects were light-headedness, sedation and mild dissociative effects.  Remarkably, there was typically a decrease in the amount of ketamine needed over time.

Dr. Oxley and the staff at MPH are committed to not only providing the most up to date treatment with ketamine, but also training other providers to ensure the most safe and therapeutic treatment is available to patients. As such, Dr. Oxley has created two training programs for providers:

How to add oral or intranasal ketamine to an existing psychiatric practice:

How to provide IV ketamine infusions for mood disorders and chronic pain:

Please email Dr. Oxley directly at droxley@michiganprogressivehealth.com for further information.  You can also call our office at 248-291-7709 and ask to speak to our office manager, Ryan.